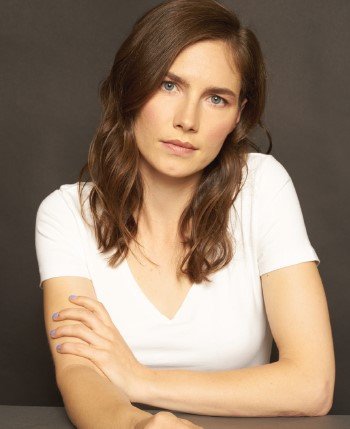 Tuesday, May 10, 2022
All Day Event
Register For This Event
Bayfront Convention Center
1 Sassafras Pier, Erie, PA 16507
The Erie County Bar Association’s Annual Law Day Luncheon will feature Amanda Knox as the Keynote Speaker. Erie’s Bayfront Convention Center will host the event on Tuesday, May 10, over the lunch hour.
Amanda Knox is an exoneree, journalist, public speaker and author of the New York Times best-selling memoir, Waiting to Be Heard. Between 2007 and 2015, she spent nearly four years in an Italian prison and eight years on trial for a murder she didn't commit. The controversy over Amanda's case made international headlines for nearly a decade, and thrust her into the spotlight, where she was vilified and shamed. Amanda now works to shed light on the issues of wrongful conviction, truth seeking and public shaming. Her essays and journalism have been published in USA Today, the L.A. Times, the Seattle Times, Seattle Magazine, BROADLY and the West Seattle Herald. She is the host, writer and producer of The Scarlet Letter Reports (2018), a series for VICE and Facebook Watch in which she interviews other women who, like her, have been objectified and villainized by the media.
Tickets are $50.00 per person or a table of 8 for $400.00.
10:30 - 11:30 a.m. - Student Program
11:30 a.m. - 12:00 p.m. - Transition
12:00 p.m. - 2:00 p.m. - Law Day Luncheon and Keynote Speaker
Interested in either an event or class sponsorship? Contact J. Kresge @ jskresge@eriebar.com.

Also presented at Law Day is the Chancellor of the Bar, Pro Bono Award, Liberty Bell and the Diversity and Inclusion Community Awards:

Robert G. Dwyer is the 2022 recipient of the Erie County Bar Association’s lifetime achievement award, the Chancellor of the Bar. This award recognizes an ECBA member who was nominated by his/her peers for significant contributions with respect to their practice, attitude toward the Court and fellow lawyers, and participation in civic affairs and community life.

Atty. Dwyer built his law practice at the Knox Law Firm where he concentrates his practice on business & tax and estate planning & trust administration. He was licensed as a Certified Public Accountant in Virginia and Pennsylvania and previously served as an instructor of Accounting and Federal Taxation at Georgetown University School of Business Administration and as a member of the Tax Department of Price Waterhouse in Washington, D.C.

Atty. Dwyer's practice is concentrated on: transactions involving acquisitions, dispositions, and mergers of business entities, closely-held organizations involved in successorship planning, and the tax analysis of the consequences of these matters; and the implementation of sophisticated estate and trust planning and the administration of complex estates and trusts. Among his numerous accomplishments, he successfully closed several cash mergers of manufacturing businesses providing over $65 million to clients in each transaction; orchestrated sales of manufacturing businesses for over $25 million and $15 million; administered an estate having assets in excess of $100 million; negotiation of a license on behalf of a food manufacturer procuring world-wide rights to manufacture and sell products using the trademarks of a nationally known television personality; represented the borrower in the refinancing of a 100 unit residential community and the subsequent sale of that facility; and developed and implemented a successorship plan for a plastics manufacturer valued in excess of $15 million.

Bob has also been an active volunteer in Erie. He is a past president of the Erie County Bar Association; a trustee and board chair of The Erie Community Foundation. He served as chair and as a member of United Way’s board of directors. Bob also chaired the boards of Hamot Health Foundation, Hamot Medical Center, and St. Peter Parish.  He also served on the boards of Catholic Charities, Springhill Senior Living Community, and the Regional Cancer Center. Bob was honored with the United Way Tocqueville Award, Erie Regional Chamber and Growth Partnership’s Louis J. Tullio Community Service Award, and Hamot Health Foundation’s Philanthropic Advisor of the Year Award.

The Pro Bono Award is presented in recognition of the volunteer efforts of an Erie County Bar Association member who has assisted with the delivery of civil legal services to the poor. Robert C. LeSuer, the 2022 recipient of the Pro Bono Award, is a shareholder at the Elderkin Law Firm, where his practice concentration is in civil litigation.  Atty. LeSuer is being recognized for his pro bono service, most recently involving the defense of a civil lawsuit that was completed with a negotiated settlement in 2021. He also provided service to an additional client needing estate planning counselling including a will, living will, financial and health powers of attorney.

Mrs. Lori Dolan, the 2022 Liberty Bell Award recipient, is an Erie resident that has continually demonstrated extraordinary community service in a voluntary capacity that has strengthened our system of freedom under law. The Liberty Bell Award confers public recognition upon a local citizen, a non-lawyer, for community service that has strengthened the American system of freedom under law.

Lori Dolan describes herself as a “concerned and active local citizen, who understands the importance of being involved in the selection of our elected leaders.”  She is the current Immediate Past President of the League of Women Voters, Erie Chapter.  Prior, she has worked tirelessly for the League participating as President, Vice President and Secretary along with working on numerous Committees for the League.

Tywonn T. Taylor is the first recipient of the ECBA’s Diversity & Inclusion Community Award. Founder and CEO, Careers and Dreams and Director of Programming for Mercyhurst University at the Booker T. Washington Center, Mr. Taylor’s involvement in the Erie is remarkable. He founded Careers and Dreams, an new organization to support and provide new opportunities to inner-city youth in Erie to become the best version of themselves, and in doing so, creates a school to career pipeline. Innovative and creative, Mr. Taylor actively seeks out resources that will benefit at risk youth and low-income families. His work ethic is unmatched and his love for his community unwavering.